Refuge in the Buddha:
​The Awakened Heart/Mind 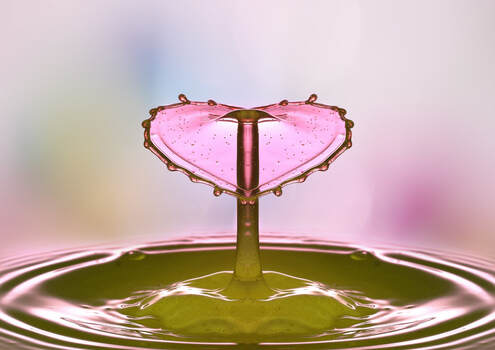 There is no refuge to be found in power, money, fame or social position. Nor is it in relationships, family, children, sexuality, food, drugs or alcohol. Despite the claims of advertising and our consumerist materialist culture, refuge isn't in the malls, or new-better-faster mail order catalogues. Ignorance leads us to seek safety in these common refuges. They cannot serve as refuge for they are built on the shifting sands of impermanence.
At the time of the Buddha the common person would "seek refuge " under the protection of some powerful land holder or master, much as was the case in mediaeval Europe. The Buddha used the term "refuge in the Buddha" to symbolize the quest for, and experience of, security within oneself. He also encouraged followers to take refuge in the Dharma (the natural order revealed by following his teachings) and in the Sangha (the spiritual community that formed around him). The Buddha was very explicit that the refuge was not in him as a person, but rather a capacity within each of us that that we must reveal through our own inner reflection.
There are outer and inner forms of taking refuge. Both outer and inner forms are practices of clarifying our intentions and shaping our actions. Through them we actualize our commitment to awakening, to becoming Buddha's ourselves.
In the outer refuge we may take strength from the history and mythology surrounding the Sakya prince Siddhartha Gotama who renounced his kingdom, and underwent the training that resulted in his awakening under the Bodhi Tree. We can be inspired by his example and, if it fits for us, become a "Buddhist" and follow the teachings, ethical practices and forms of Buddhism. There are organizations to belong to, ceremonies of initiation and rituals to remind oneself of this refuge in the historical Buddha. Often we will begin meditation by chanting "Buddham saranam gaccami" , "I go to the Buddha for my refuge". This practice can be done as an external reminder, a link to an ancient tradition.
This chant can also be understood and practiced as a vivid symbol and living reminder of the inner refuge, the refuge in that reality which is awake, undying, or unconditioned. We sometimes speak of this as the "Buddha Nature" or the "Awakened Heart/Mind". Taking interior refuge becomes more urgent and fervent as our wisdom deepens and we experience directly that no exterior refuge is ultimately safe or satisfying. The practice of calming the mind, cultivating awareness, and noticing the reality of our lives leads to a profound motivation to go deeper still. The very act of looking, seeking inwardly, may take us beyond words, beyond liking and disliking, beyond coming and going, to the vast and loving consciousness that lies before, beneath, and within all conditioned phenomena. This is the inner refuge in the Buddha, revealed through our practice.
This indescribable phenomenon lies at the heart of all mystical endeavors. Every religious tradition has some term and set of symbols for this reality which no words can adequately express. It cannot be contained by any particular story, set of ideas, beliefs or practices. We know of it by our direct experience, our deep intuitive understanding, the awakening of the Heart/Mind, the refuge in the Buddha.