News from the Center 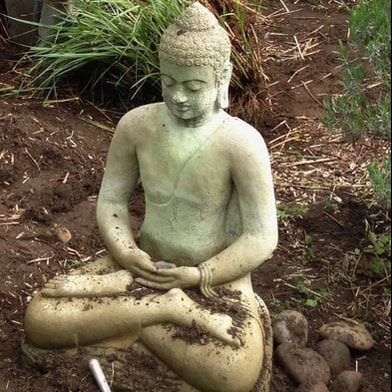 Every day that I come to PIMC I find myself delighting in our center. I am here five or six days a week, and have become familiar with several of our neighbors. I’m set to have tea with Pastor Dan, the former minister of the church, who lives next door on Duke; have been inside the little house across from the kitchen entrance to visit with Jimmy and Stephanie and admire their nine-month- old daughter, Alexa; I frequently wave, and say hello, to Victor (pronounced VicTorrr, with a rolling “r”) Jouraville who lives in the next house to the south; I’ve befriended the kids who live nearby and gave them permission to “grind” with their bikes and skateboards on our front wall by the sign unless we are having a meeting.

I delight too in the vigorous and organic way that our community and program are growing. There is increasingly more life and activity in the buildings and as an early spring is upon us, the outdoor areas will become a focus of activity.

Dolores Miller has returned after a year as the Program Manager at the Barre Center for Buddhist Studies to become our Manager. In recent weeks she and Nancy have done an amazing job of cleaning, painting, and decorating her office. She plans to be at the center four days a week, for several hours a day. When she is present the Center will be available for daytime respite from the busy world.

Our Sunday morning practice time, graciously hosted by Sid and Abhi Hudson, is growing, as is the Family and Children program that meets every other Sunday. Tim Kutscha and Christine Howard are coordinating a “Young Adults Group” that is meeting monthly.

There are several projects and improvements that we are planning to undertake in the coming months as funding becomes available. I would like to tell you about them.

Last fall we pulled up the asphalt from the entrance area near the kitchen door. Ron Matela has drawn up an excellent set of plans and we will be installing a lovely cedar fence to replace the ugly, industrial-strength chain-link one, and creating an intimate sitting garden.

On the West side of the building, where the four Douglas Fir trees grace the property we will create a garden with paths for walking meditation. The first order of business there is to erect a fence for privacy and to enhance building security. There are two houses under construction on the lot that adjoins ours to the West. The builders erected a six foot high cedar fence all along that western property line, saving us about $1000. Now it is our job to build the fence from theirs to the corner of the building near the rose bushes.

We have been trying to settle upon a suitable name for what used to be called the “Fellowship Hall”. So far “Sangha Hall” seems to be gathering currency. At any rate, this building, which includes the library, Family and Kids room, Dolores’ Office, and the kitchen, needs windows badly. At this time there is not one window in the Sangha Hall that opens. Last fall, Nancy opened the window furthest from the kitchen. When she tried to close it the bottom sash came off in her hands, leaving the glass edge exposed.

Hot water in the kitchen: A few weeks ago PIMC hosted the Northwest Dharma Association annual members meeting. With almost sixty guests it became clear that we need to get hot water into the kitchen very soon. It could be a significant health risk to not have our cups properly sanitized. A few weeks ago Nancy and I purchased a dishwasher that is suitable for our kitchen. All we need now is the hot water to run it. With this in mind I have been researching gas appliances that heat the water as needed without a storage tank. They pay for themselves in a couple of years, given that the State of Oregon offers a 25% rebate due to their energy efficiency. Using one of them would help us toward our goal of being sensitive to environmental issues.

I had Kurt Bevers, of Brownell Sound, come and test the acoustics in the Dharma Hall. He could hardly believe his ears. He said that the reverberations in the room are like those in a space three or four times its size. He’s not sure exactly why, but thinks it results from the lack of furniture (aka, pews), the hard stucco walls, the particular shape of the ceiling and the design of the choir loft. The long reverberation time (more than a second and a half) makes it difficult to hear each other speaking, and makes amplification essential. Even with the present microphone and public address system, there is a lot of unhelpful complexity in the sound waves as they bounce around between the walls. Kurt recommended that we hang heavy drapery to close off the choir loft, and to line the walls of the alcove where the Buddha sits. He also recommends that we install a high-quality directional speaker that would fasten to the ceiling above the teacher’s seat and direct sound down toward those sitting on the floor. This way the extra sound waves would be absorbed by the people and the carpet rather than echoing off the walls. When I asked him if it wouldn’t seem odd to people to have the amplified voice coming down at them from the ceiling he told me that the human brain doesn’t differentiate much in the vertical dimension. Left to right, we notice very small changes in direction, but not up and down.
​
The primary benefit of the Center is, of course, the fact that it provides a place for us to meditate together, and to study the teachings of the Buddha. In addition it creates a context for us to work and play together. These personal interactions allow us to cultivate our generosity, compassion, joy, patience and mindfulness as we rub shoulders and work toward common goals. In the coming months you will receive invitations to participate. I hope you will join me in being an active participant in the development of our Center. ​