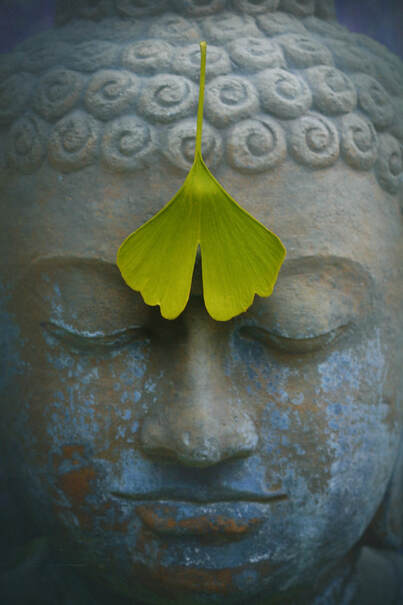 From a letter I received:

Dear Robert
We are currently struggling with what to do about the mice who moved in this winter and seem to be thriving and multiplying. They have not ventured into our "runway live trap". We are concerned about health issues from all the droppings and are close to killing them. Obviously, we feel pretty bad about killing them. Any thoughts or insights?
​
Dear Friends,
A year ago a rat ventured into our home. We could hear it at night as it ran across the ceiling. The rat had access to the kitchen through the hole under the stove where the power and gas lines entered and there were occasionally rat droppings near the dog food.
​
I decided that we would coexist with the creature we named Ratty since he seemed to be doing us no harm. I knew there was a disease risk, but it seemed minor and I was intent upon following the precept of “refraining from killing”. There was no place to put a live trap other than right in the middle of our small kitchen.

My daughter Tara’s bedroom is in the basement. One day she came running upstairs quite agitated. Ratty had run from behind a dresser and across her foot. I realized that Ratty had to go.
I agonized about how to do it. Every way of killing seemed pretty awful. Traditional spring loaded traps are gruesome. Poison is a torturous way to die. The poison makes the rat voraciously thirsty. It goes outside to find water and ideally doesn’t return to die inside the walls creating both a terrible stink and crop of large black flies. I investigated and found that there is a commercially available device called a "Rat Zapper". It runs on 3 AA batteries which store up a large charge in a capacitor. When the rat steps on a metal plate and touches its nose to the second pole where the food is, "zap", they are electrocuted and sent off into another life.

I purchased the zapper, brought it home and placed it under the stove. The entire process felt pretty yucky. I kept reflecting upon the precept of "Abstaining from killing.” I sat in meditation and investigated the feelings that this plan to kill Ratty brought up. The anticipation of killing was most uncomfortable.
I reflected upon the Zen story of the monks approaching the Roshi and asking him what to do when the Dharma Hall was overrun with fleas. His reply, "Well kill them of course, with compassion", provided little comfort.

It took a few days, but one morning when I checked the trap there was a long tail sticking out of it. My heart sank. I had killed a fellow being. I removed Ratty and placed him on a newspaper. This killing felt personal. There were cute little whiskers, a long pointy nose, and a beautiful gray pelt. This not-so-small being was little different from the gerbils, hamsters and guinea pigs we had loved and cared for as pets when the children were small.

I sat with Ratty for a while and offered my apologies for having killed him. I explained my reasons, wished him well on his journey, chanted the Homage and Refuge chants and prayed that he be born as a human in his next life so that he could hear and practice the Dharma. Then I buried him out in the front yard, where a year before we had buried our beloved dog, Kali.

Just in case there was second rat I set the zapper again. Two days later there was another dead, fully grown rat. Again I sat with it, wished it a good rebirth and buried it in the front yard with a simple ceremony.
This happened five more times. Seven large rats had been living in our house!

I noticed that my distress diminished each time I found a rat in the trap. Itseemed that I could get used to killing rats. I sat with this reality and realized how remarkably conditionable this human mind is.
Here we are, householders, living in the world. When our bodies are infected with bacteria we kill them with antibiotics. We routinely use antibacterial soap and bleach and boiling water to kill bacteria and viruses. When our living cells mutate and become cancerous we use surgery, radiation, and chemotherapy to remove them. We also use a host of other "alternative" treatments, including meditation and visualization, to strengthen the immune system so it can kill the cancer cells. Killing is part of the fabric of our lives.
The precept to "abstain from killing” provides priceless guidance as a consciousness raising tool. It serves as a buffer against unconscious and wanton killing. The Dharma invites us to question, and to use our own wisdom to choose our actions. These intentional actions are Karma of course and will have their Vipakka (results).

What is the intention behind the action? Is it unwarranted or angry or hate-filled killing? Is this killing of rats motivated by compassion, lovingkindness and wisdom so that we don't have the risk of disease among our family? When I must I will kill rats or mice. I do so with as much mindfulness, lovingkindness and compassion as possible. Taking a life requires of me the greatest respect, humility and reflection.
Rats live outside our house on the seeds that spill from our several bird feeders. I have a live trap with which I catch and release them in a forested park nearby. It pleases me to watch them scurry to freedom in the woods. I wish this could always be the outcome.
​
Yours in Dhamma,
Robert