Growth and Change at PIMC 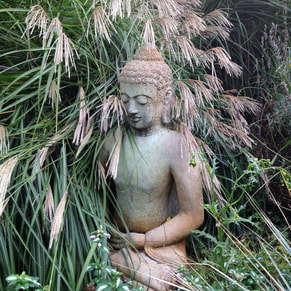 PIMC Garden Buddha
PIMC has undergone a major transformation during the last six months. On January 26th, we took possession of the church that had previously been owned by the Assembly of God. Almost immediately thereafter we began the enormous task of converting it to a Dharma Center. On May 2nd we met for the first time in the transformed hall for Sunday evening practice. That same day the center was rented out for a workshop with a visiting rabbi.

Change of this magnitude is always challenging for communities. PIMC has grown from a group that gathered on Sunday evenings to sit and hear a Dharma talk, into an organization with an emerging schedule of meditation events, visiting teachers, a building to maintain, and a different profile in the larger community.

In conversation with lay and monastic Dharma teachers, who have themselves founded or run practice centers, I was advised that Dukkha in the form of conflict was inevitable. Some of our Sangha members opposed the idea of getting a center. Others found the process not fitting their model of how it should happen, or found the friction of increased relationship unbearable. For years I have spoken of Sangha as being “like a rock polisher that over time wears off the sharp edges of personality”. Actually being in the polisher is more difficult than I thought.

I feel sad that some members of our community have found that PIMC no longer suits them, and have moved on. Simultaneously I am encouraged and inspired as I meet newcomers who have been seeking a community just like ours and observe people that have been around for a while stepping forward to offer their gifts.

On the physical plane, the transformation from Church to Dharma center has been exciting, challenging and a lot of hard work. Bringing a sound but somewhat rundown building into good condition was a major undertaking. At least fifty people volunteered at different times. A partial list of improvements includes: Demolishing the unsightly wood structure on the front of the building; removing a huge amount of trash from the buildings including the heavy red pews; repairing the woodwork and painting the entire Dharma hall, entrance, and bathrooms; cleaning up the garden and hauling away a great pile of debris; and cleaning up the kitchen and preparing it for use. There have been many trips to Goodwill and other used furniture places as we decorate and make the center comfortable and functional. The Buddha and Quan Yin statues that Nancy and I purchased in Bali arrived and have taken their places on the altar.

All the volunteer opportunities gave people a chance to get to know one another, and to contribute to the development of the center. At times I would look around and reflect that while we were working and nourishing community in the present, we were also creating a context in which others we will never know will practice and grow.

We hired a professional electrician to upgrade the wiring system by replacing some breaker boxes that appeared to date back to the Boston Tea Party. We also had installed three new high efficiency gas furnaces, new windows upstairs and down in the Dharma hall, and attic insulation throughout. These last three improvements will reduce our energy consumption by more than 60%.

PIMC truly has a home providing fertile ground for the blossoming of the Buddha Dharma. Doug Pullin’s Thursday evening Dharma group has moved to the Center and there is now a Wednesday evening practice period hosted by Judy Kenen and Kevin Dye.
​
In early July Ajahn Liem, successor to Ajahn Chah offered a Dharma talk. He was accompanied by several monks of the Thai Forest tradition. As this edition of the PIMC news goes to press, Ajahn Chandako, a Western Thai Forest monk from Thailand is camping on a Sangha Member’s farm on Sauvie Island. The Sangha provided his transportation from Australia, and is delivering his daily meal to him. During his time with us he is leading a weekend retreat and giving several Dharma talks. Spirit Rock teacher James Baraz will teach on Sunday, July 18. Rodney Smith from Seattle Insight Meditation Society will be our guest teacher on Friday evening, September 24th. We will celebrate Ruth Denison’s eighty-second birthday on Saturday, September 25th. Our Grand Opening Celebration will be Sunday, September 26th.
The Center is a catalyst for a growing sense of community and for many more opportunities to practice meditation.